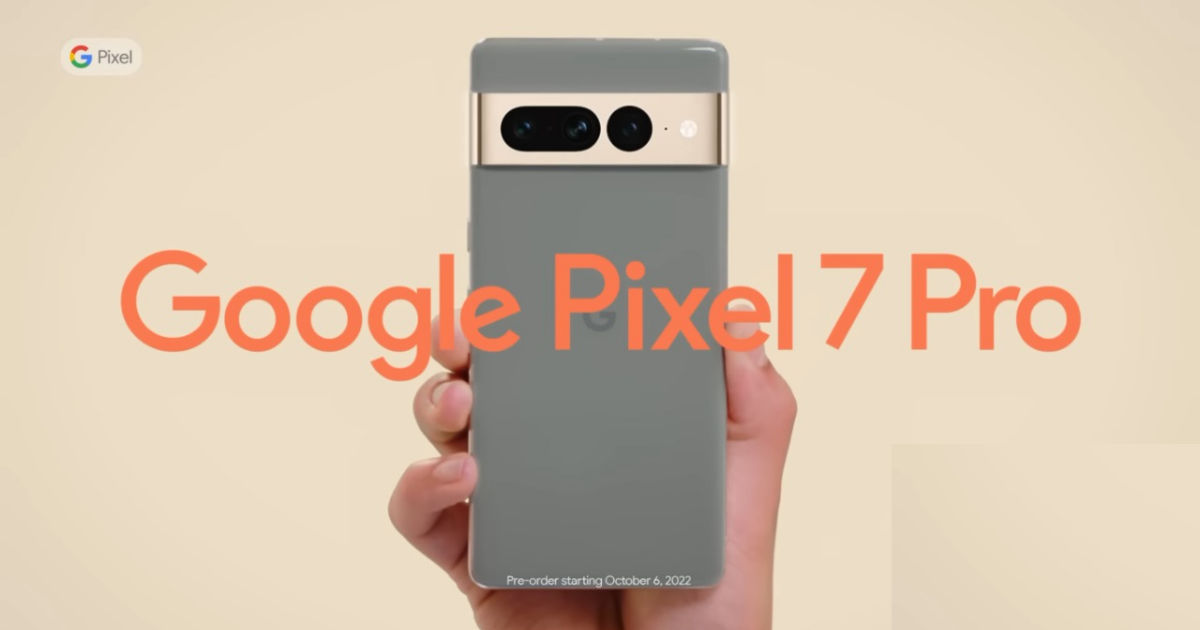 Google is there All set to launch its Pixel 7 series During the ‘Made by Google’ event on October 6. Ahead of the event, Google has now announced that the Pixel 7 Pro will start pre-orders on October 6.

In an announcement posted on the official ‘Made by Google’ YouTube channel, Google teases the smartphone to some “Pixel owners” as it gives an exclusive first look at the smartphone. The ad shows people checking in from around the world Pixel 7 Pro And their first impressions on holding the new smartphone in hand. In the video, the Pixel 7 Pro is vaguely seen in people’s hands, but eventually, the Pixel 7 Pro is revealed with the caption “Pre-orders start on October 6, 2022”.

Google doesn’t usually launch its premium Pixel smartphones in India, but the A-series brings mid-range Pixel devices to the country. With the Pixel 7 series, we haven’t heard any confirmation yet, though earlier rumors suggested that Pixel might make a comeback in the Indian market. Google usually announces which regions its new Pixel smartphones will come to before launch, so we expect that announcement in the next few days as well.

‘Made by Google’ event: What to expect

Thin and Light gaming laptops are finally a thing, and here is why you can thank AMD for it